Stop the Insanity by David Welch 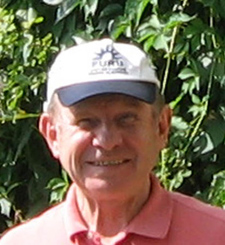 Hello David and welcome to my blog. Stop the Insanity Target 2014 has a pretty big objective: Making a major change in the U.S. Congress. Have you made any progress?

Yes, I’ve recruited a few Independent candidates for the 2014 election and even figured out a way to help them raise money for their campaign.
Have any of the billionaires you mention in your book agreed to run?

Not yet, I’m still working on that but it will probably take awhile. They are not easy people to get a hold of and will take a lot of persuading.

Well who have you recruited and how did you get them to agree so far in advance?
I managed to get a list of Independent candidates who ran for Congress in the 2012 and reviewed their webpages and looked at how they did in 2012. Then I contacted the most promising and asked if they wanted to run again. So far three have said they would seriously consider it.

How can they win in 2014 if they lost in 2014?
If they run they will be part of a group of candidates and not just running as Individuals. The message to voters will be that as a group they really can make a difference. Also this time around they will be far better organized, have a consistent platform by following ideas in my book, and hopefully be better financed.
How can you help them raise money?
My idea is simple: In March or April I will update my book and raise the price to say $5.99 for the e-book version. Then I will offer a number of free download days and each candidate will contact their entire mailing list asking them to download my book and contribute the $5.99 they would have paid, or hopefully a bit more, to their campaigns. So in essence they will offer their followers something of value in return for a small contribution.
What changes will you make to update your book?

Well the foreword will be changed. The 2012 election results will be old news so I plan to discuss what happened with the Fiscal Cliff instead. Also I will include a new appendix section with pictures and brief bios of the candidates who have agreed to run, or seriously consider running, at that time. 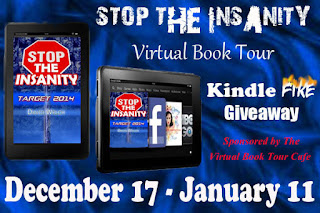 A manifesto for those who are fed up with our dysfunctional government in Washington and who would like to do something about it. A plan for change and a description of twelve important issues along with ideas on how to improve our country. A must read for all independent thinking Americans who are concerned about our country and the direction it is headed. An equal opportunity criticism of both the Democratic Party and the Republican Party which have combined to create an unworkable government structure. Help save our country. Read the book and take action.

I received a complimentary copy of Stop the Insanity for the purpose of review.

Stop the Insanity was a thought provoking interesting read on politics and ideas of how to fix our dysfunctional government. David Welch does a good job of explaining different areas and ideas in the political field. While I may not agree with all of his ideas, I found that he has some very good points that certainly need to be addressed as a nation. His writing style is not only informative but very easy to read and understand; even for those who aren't really into politics. The book was well written and well thought out. David Welch put a lot of passion and heart into his writing, you can tell that this is a topic that he is definitely passionate about. I recommend this book for any who want to learn a little more about  politics and anyone who's really into politics, it'll make you seriously think about some things.