The Stranger by Pam Funke 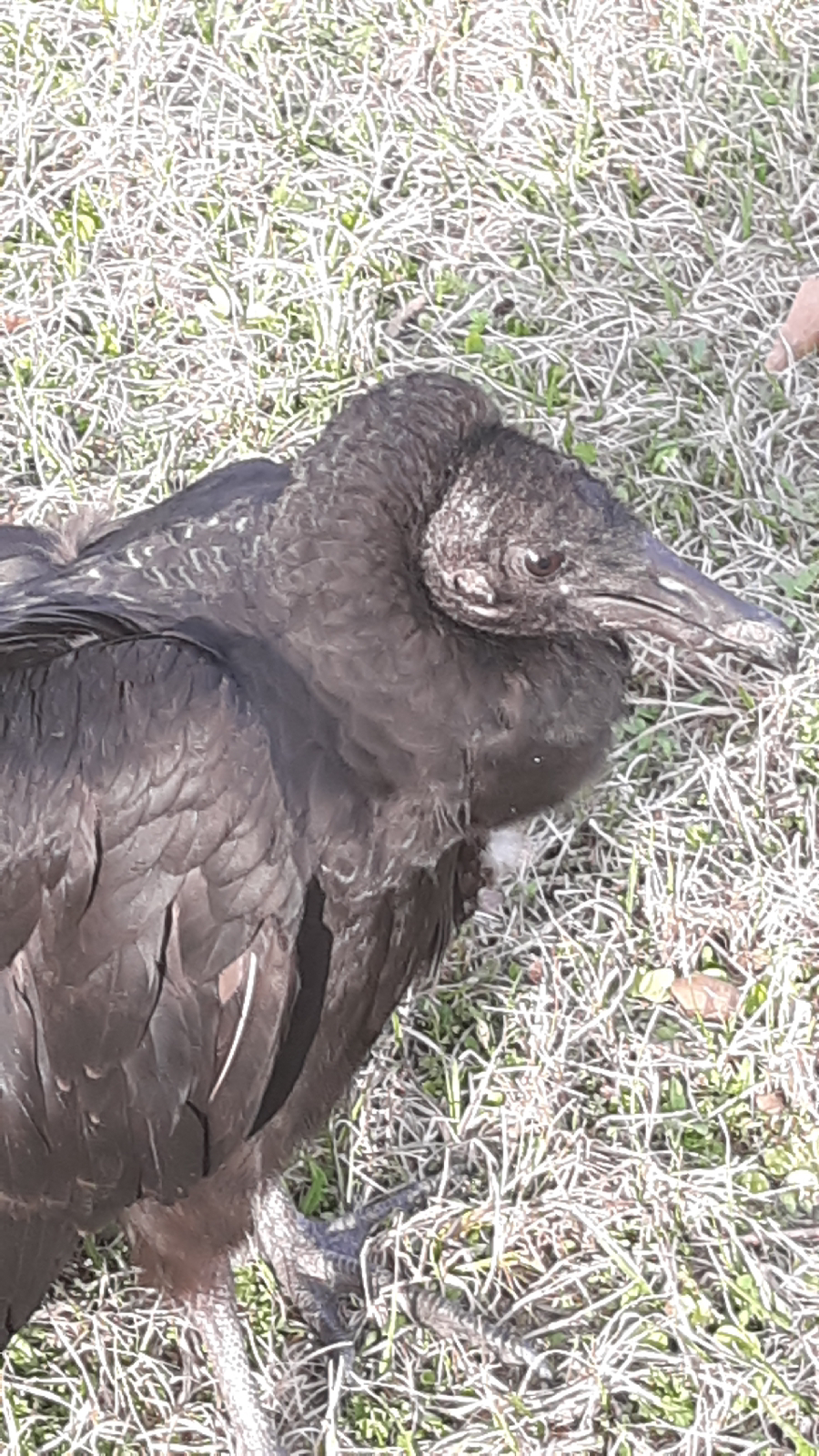 "Hello. My name is Eudora.  Yes, I am a turkey vulture.  Boy, do I have a story to tell you."
Once upon a time in the kingdom of Malari, there was a beautiful princess named Keniah. She loved to perch at the castle's walls and look out over the kingdom. One brisk morning as she sat looking over her nightly kingdom, she noticed something different. There was a new bird in town. This bird was nothing like any of the others. His plumage was colorful. He had feathers of purple, gold, turquoise, and white. How did he get like that? Did he fall into one of the human's chemical pools on the westside? I pray not.
She opened her magnificent wings and glided down to where the stranger sat. She walked around him checking him out.
"Who are you?"  she asked.
"My name is Tremont.  Who might you be?" he replied with a smile.
"How did your feathers get like that? You are a turkey vulture like us, are you not?"
He clicked his beak together a couple of times then walked into her personal space.
"Though I am like you, I am also unique. You see my father was a turkey vulture,  my mother was a peacock. You would think this wouldn't normally happen but it did. I'm living proof. Does it matter what I am?"
His head bobbed back and forth as he spoke. A shadow flew over them and they both looked up. A flock of storks flew overhead heading to only God knew where.  He looked over to her but she was gone. Where did she go? He looked all around but did not see her anywhere. Guess I blew it. Sadly, he turned to walk away.
Keniah walked inside of the palace thinking.  He was certainly a mighty fine looking bird. The sound of ruffled wings grabbed her attention and she hurried to the throne room.
"Why do you do these things, sire? I  can't stand your whining!" Loki the paige stated.
"Do not speak to your King in that manner!" King Rion bellowed.
"My apologies, sire."
"Be off with ye, Loki."
Though he was hopping mad, Loki did as he was told and turned to leave. He nearly bumped into Princess Keniah.
"Father, is everything alright?" she asked bowing before him.
"What do you want daughter? I am busy."
She looked up at him sadly. Feeling a little guilty for taking his anger out on her, he softened the look on his face.
'"I'm sorry daughter."
She sighed, "I saw a stranger in the kingdom this morning."
"And what of the stranger interests you?"
"I don't think he is a vulture at all."
"Why do you say that?"
"Well, his feathers are not like ours. They are very colorful while ours are shades of black. He says his mother is not one of us."
"I see."
He brought his wing up to his face and rubbed his beak.
"What do you wish for me to do?"
"Nothing Father. I can handle it alone."
"Yes, now go."
She turned to leave the room.
"Father, you didn't tell me what's going on between you and Loki."
"Don't you worry your little head about it."
She shook her head as she left the room. She wondered why her father refused to let her help him. She went to her room and laid down. Yawning, she decided to take a nap.
A strange bird climbed through the open window of the princess's room. He looked around carefully. He then covered her beak and flew them both out of the window. She didn't even resisted as she was in a deep sleep. This was too easy. He looked back at the palace but no one was persuing him.
Watch for the next part of the story next week!
Posted by Author Pam Funke at 5:30 AM