the bright lights of the city. Poor Sunny faces just one of the many dangers that can stop a baby turtle from finding his or her mama. At the end of the story are things you can do to help sea turtles live a long and healthy life in our oceans, as well as some very interesting facts about them.

A portion of the proceeds of this book are being donated to turtle rescue groups, such as Turtle Time, to help them continue rescuing and caring for lost, entangled or injured sea turtles. So, not only are you teaching your child how our actions can affect sea turtles, you’re helping them save them as well!

Introduction
I wrote Sunny The Sea Turtle because of a wonderful experience my family and I had while on vacation in Fort Myers Beach, Florida. As we took our morning walk on the beach, we saw tracks leading from the sea grass near a hotel all the way down to the water.

A woman came over, holding a bucket and wooden stakes. She said that she was from an organization called Turtle Time, and that the tracks were made by a loggerhead turtle making her nest. Unfortunately, the mama turtle had picked a spot in the path beach-goers take to walk to the beach, and would be too close to the water when the tide came in. She didn’t want the nest to get trampled on or flooded, so she decided to move the nest to safer ground.

We watched with amazement as she carefully dug to find the leathery, ping-pong ball-sized eggs. She put them in her bucket and counted them, one by one. Then she picked a new location for the nest, where it wouldn’t be disturbed. She used a small shovel and dug to the correct depth, then gently placed the eggs in their new nest and covered them up, just as the mother turtle had done.

As she went about her task of relocating the eggs, she told us all kinds of interesting facts about sea turtles. By the time she was done, quite a group of people had gathered around her. She took the time to answer any questions people had, then she roped off a wide area all the way around the nest and marked it with special signs.

It was an incredible experience, getting to watch her move the nest. I only wish we could have been there when the babies finally hatched out several weeks later!

About the Author, Sandi White 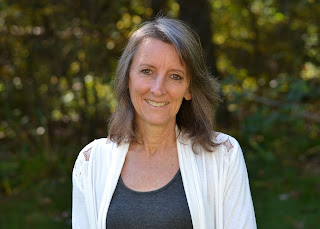 Born in Buffalo, NY, I am the younger of two children. My family moved to Florida when I was 4, which is where I spent the rest of my childhood. After graduating from high school, I earned an Associate of Arts degree from Hillsborough Community College. I also took art classes at Mission College in San Jose, California, and attended Grand Valley State University for a year, studying to be a physical therapist. After my daughter was born in 1994, I started my own transcription company, which allowed me to be a stay-at-home mom while still making a living. Five years later, my son was born.

I’ve always enjoyed making rhymes for things, whether it’s just making up silly lyrics to a favorite song on the radio, or making up phrases that just fit the moment. When my children were young, I didn’t want to do the typical plastic egg hunt for them, which ended with a basket full of sugar-laden candy. So I started doing a “treasure hunt” of sorts, where the kids would have to decipher rhyming clues to find the next egg. A trail of clues led them to the “prize” at the end, anything from a large stuffed animal to a toy of some kind. I finally put a set of those rhymes to good use and wrote my first children’s book, The Egg Hunt.

Living in the woods in West Michigan, I got to see a lot of wildlife right in my backyard, so I wrote my second book, Treasures In The Woods, which includes beautiful photographs along with fun rhymes that teach kids about nature. I am planning to do a series of “Treasures” books about different locations. Check out my website to see all of my books.

My hobbies include kayaking, bicycling, swimming, spending time at the beach, and making rhymes.