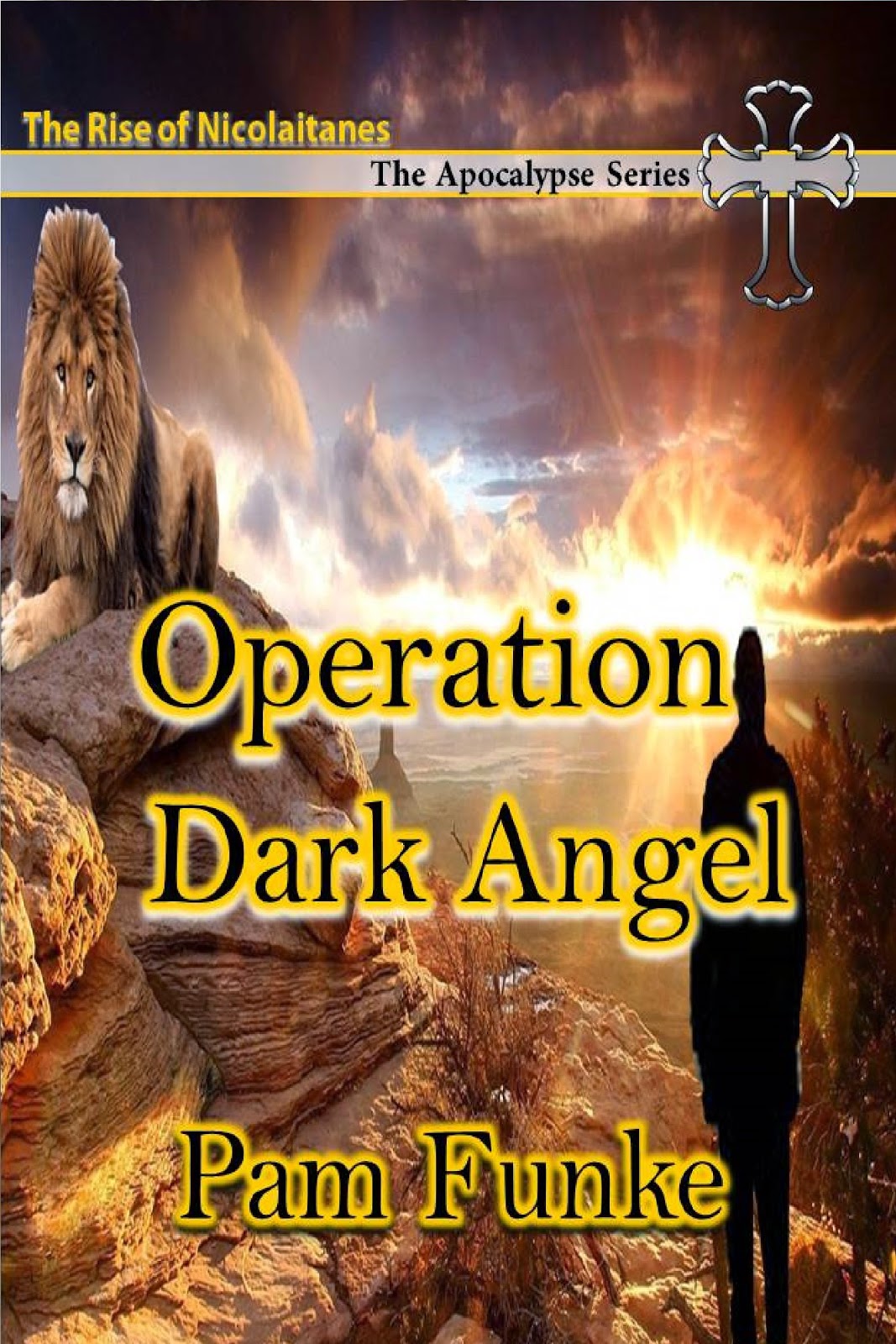 Blurb: A mysterious voice tells General Ludlow about a military operation that will bring an end to the world's evil. Nicolaitanes Balac is given political power beyond what anyone has ever been entrusted with before. Who is the voice? Is this the type of power that should be given to a single man? What role will Nicolaitanes play in ending the world's chaos? Will mankind be able to withstand the growing evil spreading across the globe? Will Operation Dark Angel succeed?

There are many apocalyptic tales, movies, television and book series in publication. After the previous decade's spectacular stories burst into the public eye, the remaining series and singles were left to struggle with creating fresh and new ideas to gain recognition. The trend seemed to include more graphic horror, crude language, a dark eerie atmosphere, and more violence. Others resorted to sex and sensationalism for their voice. Big budgets brought big graphic effects. Some story lines were overly complex and others overly simplistic. In my opinion, most suffered from a lack of good storytelling technique.

Some of the elements of good storytelling I see in this book include a truly despicable villain the reader loves to hate, a major deception, people who were duped into the deception but who eventually change their viewpoint and are subsequently trapped, a main event that includes suspense and mystery, several points of view on the same event (in this case, global perspectives), easily identifiable characters we grow to care about, some conflict and resolution. Because this is a series, the main event does not have a resolution yet and the reader acknowledges that there is more to come in the next book of the series. But within some of the subplots, there are several instances of conflict and resolution so that the reader feels a sense of connection.

There were a few things I did not like. The first and foremost is the name of the villain. I had a difficult time figuring out how it should be pronounced. Then my TSS reader slaughtered it every single time the name was mentioned (on nearly every other page!). Second, there may have been too many subplots. There was one major subplot that should have been given a bit more strength and some emphasis taken away from some of the minor subplots to establish a better balance and a means to keep the reader better focused. It takes a bit of work to get all the names straightened out in one's mind. There is no deficit of potential for empathy the reader may feel for some of the Christians in this novel. However, persecution of believers is not a well-developed sub-theme in this tale. Perhaps this is something that will get attention in the next books in the series. The World at War is the next book in the series and is available now for purchase.

Overall, the story moves along at a fairly fast clip. It held my interest and when I finished I definitely wanted to keep reading to find out what happens next. I appreciate that this tale is labelled an apocalypse series rather than an End Times story. While there are several elements taken from the Bible, it is not strictly a biblical tome, which allows the author some breathing room for creativity, without the criticism usually found with stories that are biblical in nature.

There seem to be quite a few books in this series, so I will withhold my opinion of the series until I read more of the books. My general opinion about the book is positive. There is no graphic horror, no crude language, no sexual diversions, but evil is definitely evil. The events are realistic enough to sound as if all the events could occur today. ~Gazpacho "Beverly"
Posted by Author Pam Funke at 11:02 PM