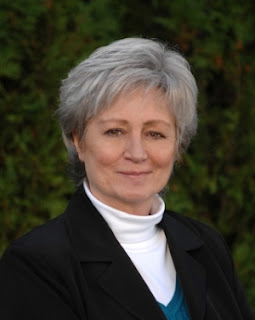 Good evening, Florence. Thanks for taking the time out to interview with me today. Please tell me about your novel. Who or what was your inspiration behind it?

“The Coach House” begins in 1945 Chicago. Newlyweds Marie and Richard Marchetti have the perfect life together. Or at least it seems until Marie discovers he secretly attends a mobster’s funeral. And when she inadvertently interrupts a meeting between Richard and his so-called business associates, he causes her to fall down the basement steps, compelling her to run for her life. Ending up in Atchison, Kansas, Marie quickly starts a new life for herself in a coach house apartment. Ironically, it is the discovery of the identity of her real father and his ethnicity that changes her life more than Richard ever could.

Years before I started writing novels, I jotted down anything and everything that I thought I could use in a storyline. Then, when I was ready to write, I retrieved those hundreds of scraps of paper, sorted through them, put them in piles, and lo and behold, a story emerged. So when you ask who or what inspired me, I have to say it was family, friends, and strangers saying and doing a vast array of different things.

In the beginning, I had a difficult time with sticking to one POV (Point of View). I cringed every time my editor wrote “POV” in the margin—which meant she wanted me to remove something I wrote that came from another character’s perspective. Since my book was written in third person limited from the protagonist’s POV, I couldn’t allow the reader to know more than the protagonist. Hard lesson for me to learn.

The best compliment I’ve received actually started out sounding more like a complaint. “I’m mad at you, Florence. I picked up your book yesterday and couldn’t put it down. Stayed up way past my bedtime two nights in a row, and now I’m dog tired.”

Compared to when you first started writing, have you notice any big changes in your writing style or how you write compared from then to now?

I broke every rule in the book when I first began writing, and so to help other novice writers avoid the same mistakes I made, I devote my website to new author advice--advice I wish I had received before I started writing. The biggest change in my writing style has to do with “show, don’t tell.” Before I was aware of this golden rule of writing, I wrote the story from a bird’s eye view. Now I allow the reader to experience each scene through showing the character’s actions rather than telling the reader what to believe.

What do you look for in a book when you sit down to read for fun?

I prefer characters who confront conflict in thought-provoking ways and who are multi-dimensional, unique, strong, imperfect, and slightly unpredictable.

I knew throughout my entire adult life that I wanted to write novels when I retired. When I lost my job at the age of 59, I decided to get an early start on my second career as a writer. Best decision I ever made.

Besides writing and reading, what is your most favorite thing to do?

I love theater, and fortunately for me, Chicago has become quite the theater town. I also like rummaging through antique stores and touring old homes and mansions throughout the U.S.

We all have our little things when it comes to reading, is there anything that bugs you when you read a novel? What is it?

What bugs me when I read a novel is when I have to keep track of a long list of characters in order to follow the storyline. If I have to refer back to an earlier chapter to remind me who a character is, I get frustrated.

I dedicated my first book to my parents to whom I owe everything.

I look up to Dennis Lehane for his incredible ability to tell a story, and to Nicholas Sparks for his in-depth character development.

Which is your favorite character in your book and why?

Marie Marchetti, the protagonist in “The Coach House,” is a young woman in the 1940s who, after fleeing from her husband who gets mixed up with an unsavory cast of characters, tries to uncover the truth about herself when she suddenly finds her ethnicity under question. While there are other likeable characters in the book, I favor Marie because she’s strong enough to triumph over adversity, but has a vulnerable side to her as well.
Posted by Author Pam Funke at 5:07 PM