Naomi Musch and The Grace Awards 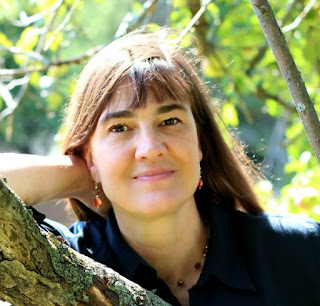 Hello Naomi and welcome to my blog. Thank you for coming to talk to us about The Grace Awards. Why don't we start with you telling us a little about yourself?

My husband Jeff and I live as epically as God allows on a ramshackle farm in Wisconsin's north woods near our five young adults and three grand-children. Amidst it, I write stories about imperfect people who are finding hope and faith to overcome their struggles. My entire Empire in Pine series, available now in eBook from Desert Breeze Publishing, will also go to print in 2013, beginning with The Green Veil in January. I invite new friends and old to say hello and find out more about my books, passions, and other writing venues.
Please tell us all about The Grace Awards.

If you're an avid reader, you might not pay much attention to the changes constantly taking place in the publishing world. You just want to read a great book. You merely want to find a story that will give you a few relaxing hours away from your daily grind where you can slip into a world of thrilling romance or adventure.

If you're a writer, you watch the changes in publishing with a mixture of excitement and trepidation. You hope swings in the industry mean something good for you, that you'll be published respectably, that you won't be lost in the enormous book shuffle.

But whether you’re a reader or also a writer, you hope that the really good stuff, the fiction that rocks your world, will get noticed.

The Grace Awards has been around for about three years, but I only recently joined the board. I'm excited about it, and I want to take moment to tell you why it's a great organization and opportunity for both readers and writers -- for anyone who loves great inspirational fiction.

The Grace Awards represents a chance for you to decide which inspirational books are in the running. If you read a terrific story, maybe one that isn't showing up in all the big catalogs or found splashed across blog sites everywhere, but one that has touched you deeply, you can nominate that book for recognition. You can promote that novel to your friends and encourage them to vote for the book too. You can have a hand in bringing a terrific story into a broader spotlight.

Writers depend on readers to spread the word about their books. All the advertising dollars in the world -- of which most writers have almost zilch -- can't do for a book what a bunch of delighted fans can. Via the Grace Awards, you have the opportunity to bring a novel into the line of people's vision and say, "Hey, you've got to read this book!"

The Grace Awards represents an expansion of opportunity in the world of Christian Fiction. You might be asking, why do we need another Christian Fiction awards anyway? If you've ever hoped see your book win an award (and who hasn't?) you've probably investigated the various possibilities out there and realized that there are many awards only suited to you if: you belong to a particular organization, your book is published by a particular publishing group, your book is available in paperback, your book is not independently or self-published, your book fits neatly into a clearly defined genre, and so on. The rules abound. That's not a bad thing, but it does allow for some excellent fiction to slip through the cracks. Numerous really good, quality, inspirational books deserving of recognition simply don't abide by those rules. You might have written one of them. So with the motto of "Expanding the Tent Pegs of Christian Fiction" the Grace Awards was launched to fill those gaps.

Books can be nominated for a Grace Award as long as they are written from a Christian World View. What is Christian Fiction? Well, that is not the definitive question we're asking. The Grace Awards does not seek to squeeze a book into anyone's definition of "Christian Fiction", but the world view should be able to be evident by tone or content. It may be overt or very subtle.

There are six categories in which to enter a nomination. The categories are broad, and meant for every inspirational author to find a fit.

EBook, self-published, traditionally published, small press, and large press published novels are all eligible. They only need to have been published in the previous year. That means this year any inspirational book published in 2012 is eligible. My historical novel,The Black Rose, Empire in Pine Book Three, fits the bill.

So readers, think about the books you read last year, and consider nominating them in The Grace Awards. Tell your friends about the book, so they'll do the same. Be sure and tell them which category the book best fits.

Writers, you cannot nominate your own novel, but be sure and let your fans know whether or not your book is eligible, and in which category it might best land.

If you just can't decide -- hurry -- give The Black Rose a read, and decide whether or not you think it's worthy of a Women's Fiction nomination in The Grace Awards. That's -- um -- just a suggestion... 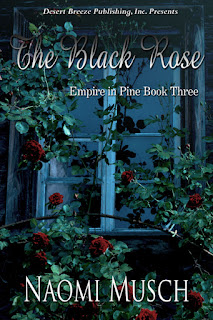 
Book blurb:
Despite the panic of 1893, logging has reached its golden era in the growing state of Wisconsin, and twins Jesilyn and Corianne Beaumont enjoy a comfortable life with family in the bursting Great Lake city of Superior. But when jealousy incites Jesi to seduce Cori's fiancé, a flight and fall from grace lands her in a boomtown brothel, where a fresh start is denied her.

Camp preacher Paul Winter longs to offer hope in the logging and mining towns of northern Wisconsin, but not in the way he expects when he meets a redhead he calls Pie Girl. He's never had to battle his own longings quite this way before.

Meanwhile, stung by Jesilyn's betrayal, Corianne's bitterness might separate her from a second chance at happiness and peace. Only by Grace can both women begin new lives, and budding love can bloom in places neither of them expects.