General Giao of Child Of Dust 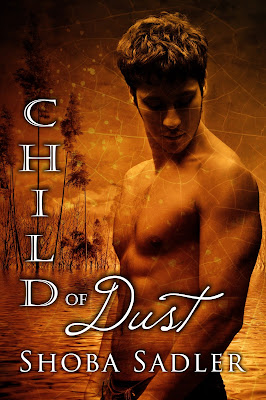 Kevin Sadler is at General Giao's residence in Hanoi, Vietnam. He waits patiently in his study. General Giao enters with his personal aide, Hong Viet Long, both in military attire.
Kevin: Good morning General Giao. You can't imagine how stoked my wife is to chalk this interview with you but she couldn't make it. I;m here instead. Crikey, all this military protocol is a Larry Dooley.
General Giao: Are you American? Did I not make it clear that I won't give interviews to Americans? We won the Vietnam war, do you hear me? We sent the Americans fleeing.
Kevin: What?
General Giao speaks to his personal aide beside him in Vietnamese while Kevin looks on a little worried.
Kevin: Excuse me, sir, I flew down from Australia to Vietnam on 24 hours notice just for this interview.
General Giao: You're not American?
Kevin : No, sir.
General Giao: So why did you say Larry Dooley?
Kevin: I'm Australian, sir. It means take a beating.
General Giao consults his aide in Vietnamese again.
General Giao: Long says we have no quarrel with Australia.
Kevin: Fair dinkum. Aussies are easygoing blokes. You couldn't cop it with us if you tried.
General Giao: You will speak English if you want this interview to proceed.
Kevin: No worries, mate...I mean General Giao...sir. So first question - why are you against your niece getting married to Bryan Nguyen?
General Giao stood up so suddenly his chair nearly toppled and Kevin jumped out of his chair in fright. Long, his aide grabbed his shoulders and whispered something in his ear that seemed to calm him down. The General tidied his uniform and with a regal wave of the hand invited Kevin to take his seat once more. He complied, a little indignantly.
General Giao: Long tells me you might know where they are.
Kevin: Err... actually I don't.
General Giao: You said they are married!
Kevin: I don't know that either. I meant if they get married, would you be against it?
General Giao: What kind of question is that? Bryan is a Bui Doi. A child of dust. How can my niece marry that scum of the earth?
Kevin: I have heard these illegitimate children of American GIs are called all sorts of derogatory names. They are shunned by your society. Aren't they Vietnamese too? Do you think that's fair?
General Giao: They are children of the enemy. Now where is my niece hiding?
Kevin: I was hoping you could tell me as I would like to set up an interview with her too.
General Giao: You are testing my patience. Move on to the next question.
Kevin: When was the last time you saw your niece?
General Giao: She visited my daughter in this house when my first grandchild was born.
Kevin: This house? Where this interview is taking place now?
General Giao: Yes.
Kevin: Did Bryan come too?
General Giao: I wish he did. I would have arrested him.
Kevin: On what charges? Your niece, Kim, once said you threatened to have Bryan's family members arrested for being Christian. Is being Christian a crime?
General Giao: So you do know where she is?
Kevin: No. That information came from your daughter, Trang.
General Giao: Impossible!
Trang: Yes, it was me, Bo.
[Suddenly everyone in the room became aware that Trang had entered. She was standing near the doorway]
Trang: This hatred has to end. Kim and I are like sisters. You should not have driven her away.
General Giao: [looking at Kevin] This interview is over. Long will escort you out.
Trang: No. Let him stay. I want him to publish this interview. I want Kim to read it - wherever she is. I want her to know we love her.
Kevin: [addressing Trang] So you are not against Kim marrying Bryan Nguyen?
General Giao: [shouts] Don't answer that question! Guards! [guards enter] Escort my daughter to her room.
Guards leave our study room with Trang.
General Giao: You will not write anything about my daughter's outburst in your publication.
Kevin: I'll write the truth. You can't intimidate me.
General Giao: Maybe a day or two in a police lock-up might change your mind.
Kevin: Hey...no need for that. I'll stick to the cue, matey, which reminds me, I have a plane to catch. I'll be on me merry way. [Skedaddles out of the room]
Posted by Author Pam Funke at 8:35 PM